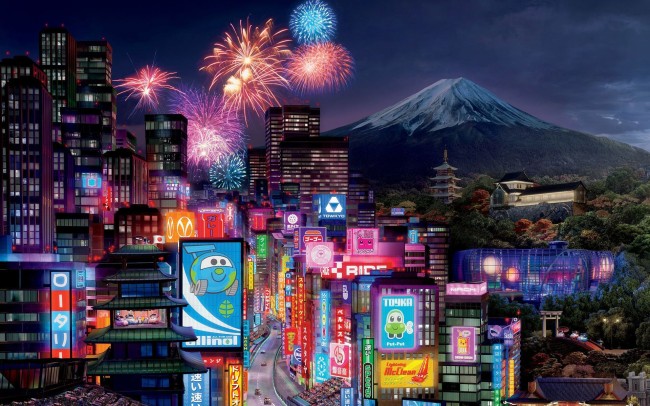 Two pillars of Japanese culture are anime and manga, and Tokyo, the nation’s metropolis, is no exception. The city is full of undiscovered treasures that are only known to the knowledgeable.

The first location to visit is Akihabara, widely referred to as the mecca for anime and manga otaku, a location full of specialty boutiques with a wide variety of anime merchandise.

Those who are fortunate enough could even catch the Comic Market (Comiket), the largest anime-related event and party, which happens twice a year.

Jump Shop, which has many locations in Tokyo, is well-known among aficionados of anime and manga both inside and outside of Japan.

Over 3,000 different things, including DVDs, stationery, drawings, accessories, and knickknacks, are sold there. The best part, though, is that the stores frequently have signing sessions to which they invite well-known voice actors.

The Mugiwara Store, which takes its name from one of the most well-known anime and manga series, One Piece, is among the top places in Tokyo to shop for anime and manga.

Fans of One Piece will be enthralled by the vast selection of memorabilia available. Everything from toys, plushies, and figurines to chocolates, apparel, and even undergarments may be found here.

Once at Tokyo Character Street, time will fly without realizing it. Prepare yourself to enter the anime and manga paradise, with 21 themed stores dedicated to some of the most popular characters, including Hello Kitty, Snoopy, Pokemon, Rilakkuma, and plenty more.

There’s also an event space there, with shops available for a limited time.

Mandarake, which was founded in the late 1980s and currently has many sites in Tokyo, is one of the most well-known anime and manga shops in Japan and one of the biggest stores in the whole globe.

As anime and manga become more and more popular every year, Mandarake welcomes fans from all over the world, not only those from Japan.

The Akihabara Gamers main shop, which has some of the newest items, is another location that every lover of anime and manga must visit. Prepare to explore the seven-story store where you can discover anything from character merchandise to magazines, DVDs, and CDs.

In addition to entertaining goods like keyboards, stationery, mugs, and even clothing with anime themes, you may purchase books and magazines as souvenirs.

The Akiba Culture Zone is easily recognisable from the street because to its stylish architecture and design, which houses multiple levels of otaku-related merchandise.

Travellers can purchase a wide range of goods here, including clothing, character figurines, video games, and comics. Over 400,000 books, magazines, and games can be found on the first two floors.

The largest chain of anime-related stores in Japan is called Animate, and it has multiple open shops in Tokyo. This is a fantastic site to come whether you’re an anime enthusiast or you’re just starting out.

It will undoubtedly be a memorable experience because there are seven levels of anime and video game stuff, ranging from apparel and figurines to magazines and collectibles.

In Tokyo, there are various places where you may locate K-Books stores, including the well-known Akihabara district, which is an anime and manga fan’s paradise.

Prepare to enter a world with more than 100,000 volumes on a single floor. Instead of your typical reading materials, think about the realm of anime and manga, where everything is possible.

Another well-liked name among Tokyo-based and international fans of anime and manga is Nakano. There is a shop named Taco Che on the third floor of the Nakano Broadway shopping centre that sells various out-of-print and limited edition books.

You’ll probably be able to discover your minicomic or other self-published work at Taco Che if you don’t find it elsewhere.

As previously said, Nakano Broadway is an otaku’s paradise. The five-story shopping centre is home to several stores that specialise in used manga and anime products. You can find everything here, including CDs, DVDs, periodicals, books, and other collectibles.

If you are short of time, make sure you at least go to the second and third floors, which contain the greatest selections.

Why not reserve a tour if one anime shop is insufficient? One of the coolest things to do while visiting Tokyo is the Akihabara anime and gaming adventure tour!

The trip will take you to a number of well-regarded anime and gaming locations in the Tokyo area. Before proceeding to a well-known maid café to place an order, take a trip back in time to the anime world with old-school video game stores.

Following that, you are free to explore the best anime shops while taking professional advice and suggestions from the local people.

Especially if you’re an anime or manga enthusiast, the experience is rewarding and worthwhile. Be sure to bring a camera to record priceless moments!