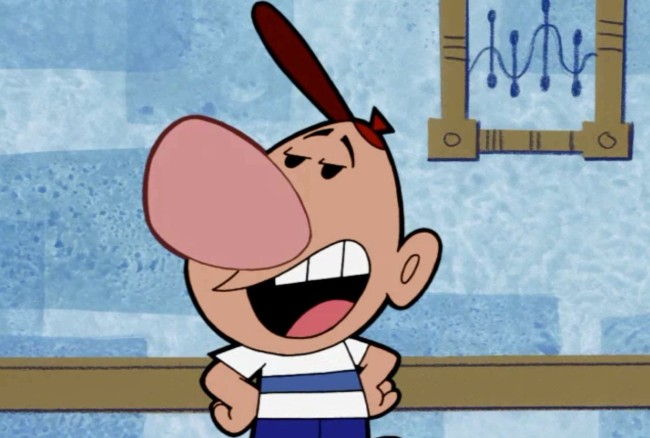 The history of cartoon characters is long in entertainment. They make TV and movie shows more entertaining and interesting.

However, the characters that are both friends and foes to the main characters may not be the most intelligent but they generally play the role of the stupid cartoon characters.

And here in this article, we will discuss the top 10 most dumb cartoon characters. This list will focus on the dumbest, least intelligent, brainless, lowest-skilled, and least smart characters from some of our favorite animated series.

We still love all of them, no matter how dumb they are. Here we begin and have a look at the list-

Although it has been nearly a decade since the last episode of the show was released, IGN still ranks the show as one of the 100 best cartoons ever made.

The show was loved by many people and Billy and Mandy were the most beloved characters. There were many other characters that were equally popular and as memorable.

But the dumb things billy used to play on the screen made the show really popular over time.

The “d” letter in the name may be used to mean “the brainless”, but at the same time, it is the happy-go-lucky member of the “Ed, Edd & Eddy” trio. Ed is both smart and dumb at the same time.

He’s kindhearted and good-natured and has never misused his strength. Ed is a daydreamer and has a great love for comic books and monster films.

He also has an unfortunate fear of soap. This is all about the character & with these things he became popular among fans.

Pinky is The Brain’s partner in crime and, according to fan theories, the true brain behind this operation (though it makes no sense other than what Pinky says).

Pinky’s catchphrase is “NARF”, which has been included in the Rice University Neologism Dictionary.

Homer Simpson comes to be fourth on the list of top ten dumb cartoon characters. He is so funny, clever, and great that viewers already know about this character.

His character is dumb, funny, and sometimes clever side of him and fans enjoys it with great enthusiasm.

Mike Judge’s famous “Beavis and Butthead” took the meaning of the word Dumb to another level. The two title characters are teenage slackers and would-be delinquents.

They are social misfits who have no compassion and fall under the category of “cool” or “sucks”. Beavis is slightly smarter than Butt-head, but these are nothing but microscopic differences.

Patrick Star is an animated character in SpongeBob SquarePants. Bill Fagerbakke voices him and he first appeared in the pilot episode of the series on May 1, 1999.

He has been featured in many publications and received mixed reviews from commentators.

“Family Guy”, a slew of idiots, is overwhelmed by Chris Griffin. But, he manages to win the stupidity award – just barely – over Peter Griffin and Mayor Adam West.

This is the guy who names his pimples and draws army figures on his nose. Although it’s tempting to label him dumber than a rock, the truth is that a rock might actually be smarter.

Stimpy is a large, dumb cat who loves to sit in his litter box and watch TV. He is constantly annoying Ren, his best friend.

His favorite superhero is the Powdered Toastman. Stimpy, despite being stupid, has “invented” things in a few episodes. He also had a recurring segment called “Ask Dr.Stupid”.

Cosmo comes to be next on the list and it’s among the most popular dumb cartoon characters. And so, he’s not the smartest & viewers of the show love this thing about Cosmo.

Although he is adorable. Fairly Odd Parents has many stupid characters. And some others are Wanda, Poof, etc.

DeeDee is Dexter’s sister from Cartoon Network’s Dexter’s Laboratory. She may not be the most intelligent character in the series, but she is much more interesting than Dexter.

There are many dumbest moments and the best of DeeDee’s work to make the show more entertaining.

The above mentioned are the top 10 Dumb Cartoon Characters from some of our favorite animated series. Let us know your favourite Dumb Cartoon character in the comment section.