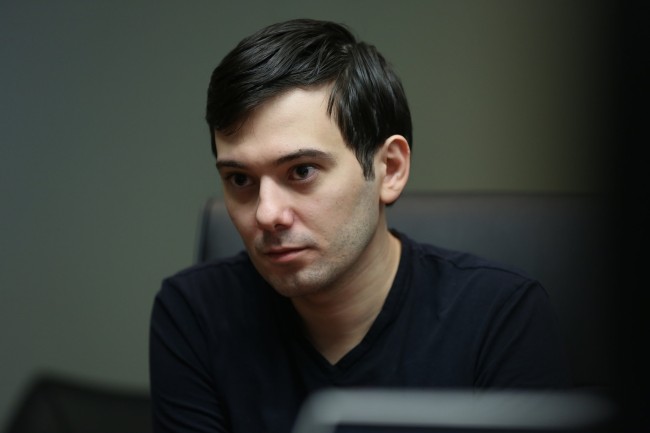 Hatred has now become a very powerful tool with the evolution of media. Both politics and other beliefs in life are now hugely controlled by hate-mongering.

More than expressing dissent, it is commonly used as a weapon to turn it against someone for their personal favors.

There can be reasons for hatred to which a large number of people agree or someone’s personal choice. In order to instigate a positive change or rebel, it might be good. But may pose threats and turn out to be detrimental when it is used to corner ideas not acceptable by few.

In this article, we will list the top 10 most hated people in the world. Let us get started one by one.

Most Hated People in the World

The 39-year-old business tycoon and the CEO of Turing Pharmaceuticals is the most hated person by people. People on both Twitter and other social websites have expressed dissent and hatred for his rude decisions.

After acquiring Daraprim, he has taken up the general medicine’s costs by notches making it difficult for the middle class to afford. His capitalist ways are strongly hated by everyone. The AIDS victims are now unable to purchase their basic medicine due to the high price.

We know this name. Now that the long waging war between Ukraine -Russia has begun we know him better as the most hated person.

He has again awoken the Americans against him and they are now taking a firm stand against his ways of invasion. Under the facade of democracy he has been exercising the wrong laws and also inculcating it within his country people making them extremist in nature.

6ix9ine as his tattoos say, Daniel Hernandez has been noticed for his hair and his violent rapping styles.

After being accused of child abuse and other felonies including multiple drug abuse and rackeetering cases he was arrested and sent to prison for years. He is no wonder the most hated person by a major number of people.

Jake Paul is considered dangerous for his acts and has been banned from the Disney Show. He was accused for scams and inappropriate content he made on Youtube as it posed threats to the society.

Disney has permanently banned him from doing any further shows which he gained a lot of attention for.

Jimmy Kimmel, the popular TV star is hated for his sexist views and bigotry. Some of his controversial videos include publicly showing hatred towards women through explicit portrayal of sexist ideas.

He has been called out for his extremist behaviour towards sects of people and looking down upon them.

The young artist who rose to fame at a very early age is now topping the controversy charts for his wackiness.

He has been pulling absurd stunts including the controversies regarding his marriage. He is no longer a teenage heartthrob for his “Baby”.

Kanye West, yes you heard it right is also not quite in the good books of the masses. As a presidential candidate in 2022, Kanye West, invited a lot of controversies.

He was quite hated for ruining Taylor Swift’s MTV award ceremony which was supposedly due to the loss of Beyonce. He has also been called out for misbehaviour at civic events.

Every one of us almost, do not feel any positive emotions on this person. North Korea is getting harmed over the years under his dictatorship.

The Pakistani Singer, Taher Shah gathered a huge amount of hatred for his songs which went viral on the internet starting with Eye to eye and then Angel.

He was the center of memes, internet trolls, and roasting. He still produced another song that did not receive much of a varied response but laughs and hatred.

The 2020 pandemic and the China role in it made him receive huge hatred from people across the globe. Xi Jinping, the president of China was severely accused of rumored conspiracies and his mishandling of the covid situation.

He is responsible for taking the country in the wrong direction concerning political, social, and economic issues. Xi Jinping now considered as a totalitarian ruler is hated for his ways of controlling his people.

The above mentioned are the top 10 most hated people in the world. Let us know whom you hate the most in the comment section.