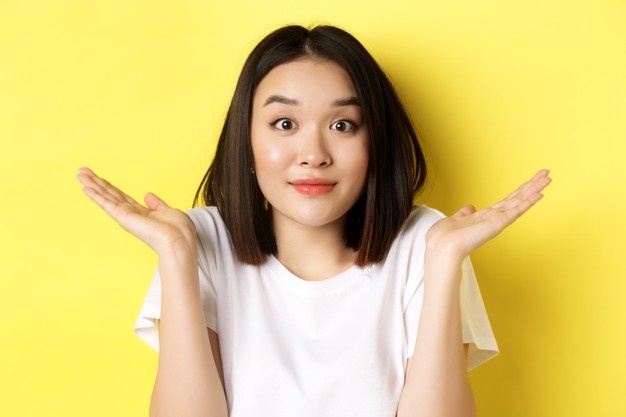 Japanese women are widely popular in the entire world. In this article, we have rounded up a list of the top 20 most beautiful Japanese girls or women who are not just pretty-faced, but also superbly talented! So, without further ado, let’s get started!

Who better to start off this list with than the reigning Miss Universe Japan 2021 Juri Watanabe? Standing at 5’7″ tall, Watanabe is confident about herself and that makes her even more beautiful. She won her first pageantry in 2016 when she became Miss Asia USA 2016.

At 25 years of age, Watanabe became Miss Universe Japan 2021 and represented her native country at Miss Universe 2021 in Eilat, Israel. There, she finished in the Top 16 amongst about 79 other contestants.

Kasumi Arimura is considered to be one of the most beautiful and graceful Japanese actresses who are still active in the film industry. Highly regarded for her talent and dedication, Arimura has an older sister who belongs to the same industry–Airi Arimura.

She made her first appearance in a television series in 2010 in Hagane no Anna. She is well-known for starring in the role of young Haruko Amano in Amachan and she has also played the lead in Flying Colors and Strobe Edge.

She bagged the 39th Japan Academy Prize for Best Newcomer of the Year and also received the prestigious Blue Ribbon Award for Best Actress for her stellar acting skills in Flying Colours and Strobe Edge.

Nana Komatsu has made a name for herself in the Japanese entertainment industry as a wildly successful actress and model. Some of her most amazing movie roles include The World of Kanako (2014), Destruction Babies (2016), After the Rain (2018), and Farewell Song (2019).

Recently, she appeared in the popular 2020 movie Sakura. And not just that, she teamed up with American director Martin Scorsese in her debut Hollywood film Silence which was released in theatres in 2016 in Silence.

Fumi Nikaido is a well-known actress and professional model in Japan. Hailing from Naha, the beautiful Japanese woman has wowed everyone with her performance on the big screen. She debuted as an actress in 2009 with director Koji Yakusho’s ‘Toad’s Oil’. Before that, she used to do many modeling assignments for Japanese luxury designers.

With her gorgeous features and excellent acting skills, Fumi Nikaido surely makes it to the top 10 most beautiful Japanese girls.

Maki Horikita has an ethereal beauty that has wowed many in her country! A talented actress with flawless skills, she has worked in movies, television series, advertisements, etc. When she was a child, Horikita was known for being a tomboy.

She enjoyed playing basketball and baseball and was even the vice-captain of her junior school basketball club. She delivered her breakthrough performances in Densha Otoko and Nobuta Wo Produce. Ever since then, she never looked back. She has also acted in prominent Japanese films like Umechan Sensei.

Her roles have garnered her international attention and she has won several awards for her work. Horikita was also a host of a famous radio talking show in her country. She retired from acting in 2018 following the birth of her first child with actor Koji Yamamoto with whom she tied the knot in August 2015.

A superbly talented sportswoman, Ai Fukuhara has done her country proud on several occasions. Now a retired table tennis player, Fukuhara started her professional career in the game at the shocking age of 10!

The child prodigy started playing the sport at the age of 3 and ever since then, everybody knew she was capable of achieving great feats. When she was 13, the right-handed table tennis prodigy became the youngest ever player to represent her country at the Asian Games.

At only 14, she reached the quarter-finals at the Asian Games and her highest world ranking is a formidable 4! This beautiful and talented lady has also represented her country at several Olympic Games.

The youngest girl on our list–the 19-year-old Suzu Hirose can match up to all the other women in terms of her on-screen experience. She has done several Japanese movies, appeared in numerous television dramas, and even played some roles in many advertisements and music videos.

Her portfolio contains exceptional works such as Our Little Sister, Chihayafuru, Rage, and Your Lie in April. It goes without saying that her talent shown in Chihayafuru escalated her to gain worldwide fame.

In 2015, she played the role of Suzu Asano in Hirokazu Koreeda’s high-budget live-action adaptation of the popular manga series Umimachi Diary. Although she is only 19, she has bagged many awards and accolades for her works.

Hirose got the Japan Academy Award for the “Newcomer of the Year” category and she was also given the “Best New Actress” Award from Kinema Junpo among her other achievements.

Atsuko Maeda is Japan’s heartthrob not just because of her amazing acting skills, but also because she has a gifted voice. Until 2012, the 30-year-old was a part of the hugely popular Japanese girl group AKB48.

Now, she has ventured into solo singing and has earned many awards and accolades for her onstage talent. Not just that, Maeda’s acting career has also been flourishing as she has won the 22nd Japanese Film Professional Award for Best Actress for her performance in Kueki Ressha.

You might know Emi Takei for her famous Japanese television show roles in The Perfect Insider, The Clinic on the Sea, and Liar Game. She is truly gorgeous and has recently hit the ramp to start her modeling career too.

She has won some awards at the prestigious Japan Bishojo Contest and has appeared on the cover of several Seventeen issues.

A huge celebrity adored by all the Japanese pop-culture followers, Mirei Kiritani’s claim to fame is her appearance on NTV’s News Zero as the news anchor. The pretty Japanese has starred in several movies like Koisuru Vampire, Ace Attorney, and Heroine Disqualified.

TC Chandler placed her on the list of the 100 Most Beautiful Faces in the World for many consecutive years. She has also landed the main role in the Netflix original series ‘Atelier’.

The 26-year old divine beauty has been in the entertainment industry ever since she started modeling under the Ken-On agency. She shone through with her talent and gained widespread fame for her acting skills in movies such as Ouran HighSchool Host Club, Zekkyo Gakkyu, and Say “I Love You”. She has also made appearances on many TV shows, some of which include Tokyo Dogs and GTO.

This gorgeous 23-year-old has had a long time in the entertainment industry as she started off her career as a child artist when she was still in elementary school. Fukuhara landed some lead roles in movies like Mr. Hiiragi’s Homeroom. She has also played the lead Main Hiiragi in Cookin’ Idol I! My! Mine!, a part anime, part live-action show on NHK.

Aisha Harumi Tochigi is not your typical Japanese girl with winged eyeliner and olive skin tone. The mixed-race wonder has won several pageantries and she was recently crowned as Miss Universe Japan in October 2020. She is of Ghanaian-Japanese descent.

She has volunteered in Ghana as a spokesperson for child rights and women’s rights. As a dedicated social worker, Aisha has won the hearts of many in her country with her unique look and fearless advocacy.

Widely acclaimed Japanese model and beauty pageant Ariana Miyamoto took the world by storm with her stunning beauty during Miss Universe 2015. She was placed within the top 10 and many still believe she should have won the pageantry because of her immense social work and confident voice.

Just like Atsuko Maeda, who is another entry on our list of top 20 most beautiful Japanese girls, Itano is also a former member of the popular girl group AKB48. She has now got a flourishing career in the Japanese music industry as a solo singer.

Her debut single–“Dear J” was a favorite among many in the country. She is marvelous and versatile as she landed several TV commercial contracts in 2012 and was therefore called the “Queen of TV Commercials”.

We simply could not leave Mao Abe from this list of the top 20 most beautiful Japanese girls! But she is known all across her country not only for her beauty but also for her talent. She was only three years of age when she started playing the piano!

She has cited Canadian singer-songwriter, Avril Lavigne, as her chief inspiration as she took guitar-playing lessons in high school and dreamt of becoming a famous singer.

When she released her debut album ‘Free’ in 2009, it was an instant success and she climbed the charts to become #1 on Japan’s Billboard Hot 100 Chart! This starlet is truly beautiful and she has repeatedly released chart-topping singles which have made her a huge Japanese fanbase.

Ako Kamo was just a student of linguistics, media production, and performing arts at Kobe College when she got an opportunity to be an exchange student in the Philippines. She studied at Assumption College San Lorenzo in Makati City for some time before contesting for the Miss Universe Japan pageant.

Born to a Japanese mother and Austrian father, Reina has got an interesting genetic heritage. The beautiful Japanese model and actress were scouted while she was still in her first year of high school.

She began walking the ramp in her second year of high school and soon gained popularity as a model. She has now ventured into the movie industry after taking some time off to complete her studies at Keio University.

All of Japan has got immense love and adoration for Mariya Nishiuchi because she has performed wonderfully in movies like Great Teacher Onizuka and Yamada and the Seven Witches. The widely popular model and actress is a very talented singer-songwriter as well.

She has numerous songs on YouTube and her most defining features–her eyes, have won the hearts of many. Her younger sister Hiromi Nishiuchi is also a successful actress and model.

Mao Asada is a shining star in the sports’ history of Japan. As one of the most prominent figure skaters of the country, Asada has represented Japan at many elite competitions all over the world.

She is a three-time World Champion in Figure Skating and has earned her country a prestigious silver medal at the 2010 Winter Olympics in Vancouver, Canada.

Asada has now retired from the sport but she holds the record for being the only female figure skater to have nailed 3 triple Axel jumps in one competition. With her lithe body and graceful feet, Asada is considered to be one of the most beautiful women in Japan for all the right reasons!