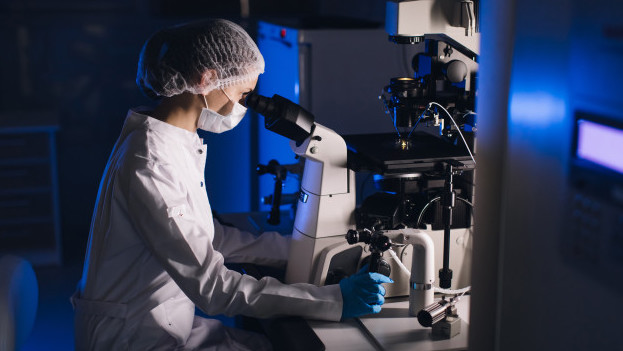 A cleanroom is an administered environment that has lower levels of pollutants such as airborne microbes, chemical vapors, aerosol particles, and dust.

A cleanroom is any controlled, contained space where provisions are made to manipulate environmental conditions such as humidity, air pressure, dust particles, and temperature.

Basically, cleanrooms have a controlled level of pollutants that is identified by the number of particles per cubic meter at a particular particle size.

The key component of any cleanroom is the HEPA (High-Efficiency Particulate Air) filter that is used to trap particles of 0.3 microns and is larger.

The air passes through this HEPA filter every time it enters the cleanroom. The Ultra-Low Particulate Filters (ULPF) are used where strict cleanliness is necessary to perform any task.

The team working in the cleanrooms undergoes extensive training in contamination control. They enter or exit the cleanrooms, through airlocks, air showers, or gowning rooms.

Classification of Cleanrooms and Cleanroom Standards

The cleanroom classification standards FS 209E and ISO 14644-1 uses a specific count of particles for accurate measurements and calculations to classify any clean area. Large numbers like class 1000 refer to FED_STD-209E and denote the number of larger particles permitted per cubic foot of air.

The classifications thus cover particles ranging between 0.1-0.5 microns. Also, the ultrafine microparticles that use the ULPF are described by U descriptors and M descriptors, respectively, for the <0.1 microns and microparticles>0.5 microns. There are three fundamental occupancy states, namely, “as-built,” “at rest,” or “operational.”

These standards are prepared and approved by the experts at the international level and have started taking over the national standards set by different countries.