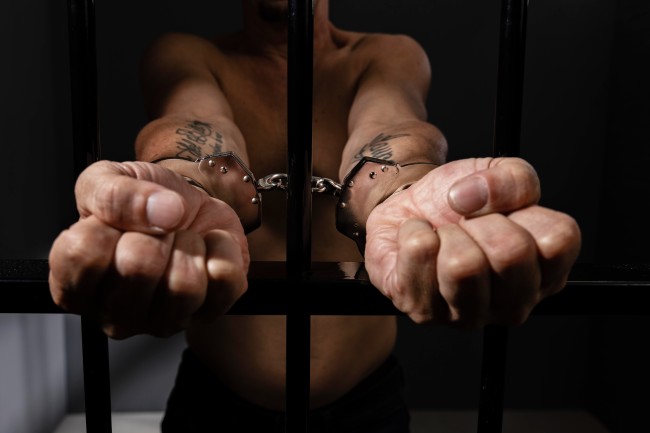 Rappers were always seen to get involved in this ruckus or that. It is mainly due to their extravagant art form which poses a threat to many conformal societies and their ways of living. Rap is about being outspoken and rebellious.

It was never about making peace. The black movement is a major agenda in the rap world.

Writing explicit lyrics sometimes gets them into a lot of trouble. Here are a few examples citing rappers who ended up behind bars for expressing their views.

But that might not be the case always. They do have a plush lifestyle which gets them involved in felonies.

Here in this article, we will discuss the top 20 American Rappers who are in the jail. Let’s dive into the article.

Casanova aka Caswell Junior 35-year-old rap artist famously known as “set Trippin” Part of the untouchable Gorilla gang. He has been charged with 100 kg of marijuana.

His maximum sentence includes 60 years of prison and the least being five years. Is also been charged with a federal racketeering case.

30-year-old Grammy award-winning rapper young Thug was booked in the Fulton county jail along with his associate Gunny. According to Rico act, he violated the Rico act due to his street gang  activities

42 Dugg was arrested for possession of a firearm illegally. Famously known for his album’s grace And we paid.

He was arrested after failing to report to prison after he was booked for possession of the firearm. Known for his collaborations with American rapper Lil baby.

Partner SEO of IC entertainment along with Gucci Mane he is the founder of Label 32 entertainment Following all over the social media and is known among the best rappers in the world Produced records under his labels.

The possession of marijuana and paraphernalia he was also possessing a handgun.

The winner of multiple Grammy Awards is an AP Rocky who is a k a  Athens is a multiple Grammy award Nominee he is expecting his first child with Rihanna and has supposedly married her according to his new music video release.

He was booked at the airport while flying on the private jet from LA. He was accused of being associated with the murder that took place on November 6, 2021.

Rod Wave the avant-garde rapper is known for his introduction of hip-hop and RnB into the world of Rap. He has recorded the soundtrack for Hunger Games Vol 1  and is the star behind Beautiful Mind.

Most of his albums were signed with Alamo Records. The rapper famous for Soul trap was arrested with charges of strangulation.

Freddie Gladey, known as Bankroll Freddie aged 27 was arrested for possession of firearms and drugs. He was also arrested for resisting his arrest.

He is known for his freestyle music. His tracks include Lil Baby. After the release of Drip like this he joined the label Quality Control.

Pooh was booked for possession of firearms after which he served 63 months in prison and confessed his crime.

His track Shiesty Season topped the charts and also earned the third position on US billboards. He was also in the limelight for his Back in Blood featuring Lil Durk.

Words are around that he was arrested for RICO charges and the trial has not even started .He might be serving in prison for longer periods .He later joined Gucci Mane’s label records.

He was arrested for possession of firearms and illegal activities. He was enjoying the Protection act’s benefits under someone else’s name. His tracks have gained very high popularity among netizens.He also topped Billboard charts.

The 28-year-old rapper was starring in Lil Yatchy’s album after he got arrested for the possession of firearms. He is currently booked for 5 years.

The 31-year-old rapper was arrested for targetting members of the Blood gang. He is serving his time in Fulton County Jail.

Tay K is serving as he was accounted for multiple murders. His song The Race became extremely popular and hit the charts . He grew quite famous in the hip-hop sector.

The American Rapper was engaged in a drug ring where he got involved with a felony of murder. He was then convicted for unsocial behavior and public abuse. In spite of his growing career, he was unable to escape his prison sentence.

Quite a devoted musician 03 Greedo, was charged with drug trafficking and possession of firearms. In spite of his 20-year prison sentence, he has been consistent in making music.

Foogiano known for his track Molly was arrested for being a fugitive. He was also signed to Gucci Mane’s label. Gutta Boy, his debut album is also famous.

The Floridan hip-hop artist was charged with two first-degree murders and is now awaiting his trial while serving in prison. His songs Mixed Personalities, Murder on my Mind, and Suicidal are popular.

Right after signing up with Capitol Records, Kay Flock was charged with murder. He topped the Billboard Charts as his song was in the top 60s.

Ralo has been in prison for drug deals. He has again been convicted for conducting misbehavior and drug deals within the prison.

Although he has been a famous rapper and was also associated with Gucci Mane via Interscope Records his record and conduct is proving to be a major setback in his career.

So we have already flooded you with information and now you know the top 20 American Rappers who are in the jail. Hope you like this article. See you in the next article.