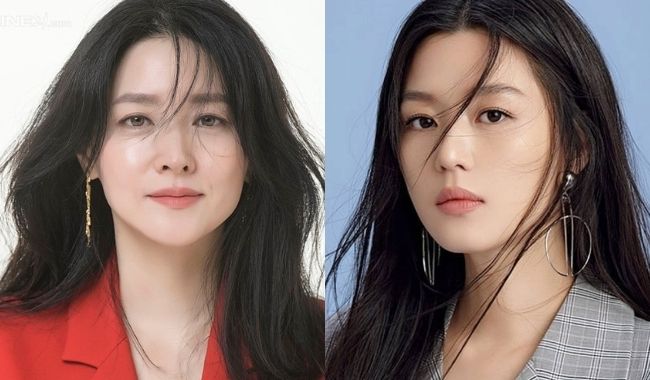 Have you ever wondered how much these talented artists charge for their appearances in the top movies and TV series in South Korea? If it interests you to know about the top 15 highest-paid Korean actresses, jump right in to find out all the names on our list!

Jun Ji Hyun gained widespread success for starring in the hit drama My Love From the Star in 2014. The hugely acclaimed comedy series made Jun Ji Hyun one of the highest-paid actresses in Korean showbiz.

Ji Hyun has also starred in the popular rom-com My Sassy Girl, one of the highest-grossing Korean comedies of all time. She was praised for her role as “The Girl” in the film.

Lee Young Ae, who is most popular for her smash hit Korean drama Jewel in the Palace, has a long line of projects in post-production. Reports claim she has charged around 100 million won (USD 83,500) per episode for her appearance in those highly anticipated upcoming dramas.

The actress got married to Jeong Ho-young, a Korean-American businessman 20 years her senior, in the United States. After marriage, she took a break from acting as she gave birth to her twins in Seoul. Now, fans are eagerly waiting for her silver screen comeback.

Stunning Korean entertainer Kim Tae Hee is an actress and former model. She is widely considered to be one of the most beautiful women in Korea. Best known for her acting in popular K-dramas like Stairway to Heaven, Love Story in Harvard, Iris and My Princess, the 41-year-old actress hails from the Ulsan province of South Korea.

She was spotted by an advertising exec when she was 20 and landed her first modeling assignment. She has also starred in TV commercials and print ads. When she did the drama Yong Pal, she charged around 40 million won ($33,400), according to the reports.

Not only South Korea but the beautiful actress Song Hye Kyo is popular in China and other South Asian countries as well. She rose to prominence through TV dramas like Autumn in My Heart (2000), The World That They Live In (2008), and That Winter, the Wind Blows (2013).

Her huge success comes from her role in the pan-Asian superhit 2016 drama, Descendants of the Sun. If the reports are to be believed, she charges about 50 million won (approx. 42,000 USD) per episode.

Choi Ji Woo has gained wild popularity thanks to her appearances in the hit television melodramas Winter Sonata, Beautiful Days, and Temptation. Her acting skills in Stairway to Heaven made her rise to fame.

In recent times, she has taken on the deal to star in the highly anticipated drama Twenty Again for around 50 million won (USD 41,800) per episode. This budget is a record in tvN history. This will be her first cable drama appearance in two decades.

Ha Ji Won is popularly known as the ‘prime-time Korean drama queen’. Ji Won is a versatile actress who has pulled off numerous action, comedy, and drama series with success.

Gong Hyo-Jin is easily one of the most talented actresses in all of South Korea. Fans call her “The Queen of Ratings” because almost all her series have eventually turned out to be wildly successful.

She co-starred with Kang Ha-neul in When the Camellia Blooms. Both of them received the prestigious “Best Couple Award”, and the actress had won the Grand Prize for her role too. She is paid 36,500 USD per episode.

Park Bo-Young is a popular South Korean actress known for her extraordinary acting skills. Her television and film appearances have been so successful that she has received many awards for almost every role.

Her fanbase has almost doubled thanks to her drama series Oh My Ghost. She charges about 27,300 USD per episode.

Shin Min-A is an exceptional South Korean superstar with brilliant acting skills. She starred as the lead actress opposite So Ji Sub in the hit K-drama Oh My Venus.

She is also popular for her role in the drama My Girlfriend is a Nine-Tailed Fox. Nowadays, you might see her make the headlines for her relationship with Kim Woo Bin. She is paid 27,000 USD per episode.

At number 10 on our list, we have the famous South Korean actress Park Shin-Hye. She started her career at a very young age. At that time, she used to star in commercials and TV dramas as a child actress.

As a child, her debut drama series Stairway to Heaven was hugely successful and it made her an instant success. Her role as a young girl in the series earned her the “Best Young Actress”  award at the 2003 SBS Drama Awards. She earns around 22,700 USD from every episode.

She has received widespread recognition for her versatile roles, most notably in Alone in Love, My Wife Got Married, Personal Taste, and the 2016 films The Truth Beneath and The Last Princess.

Of course, how can one ever forget her best role to date in the superb K-drama–Crash Landing on You! Her name has been included in Forbes Korea Power Celebrity 40 list for three consecutive years from 2019 to 2021.

Lee Sung-Kyung is a gorgeous South Korean multi-talented model, actress, and singer. She is best known for starring in the 2016 production of The Doctors.

Her first leading role was in Weightlifting Fairy Kim Bok-Joo in the same year. In 2020, Lee played Cha Eun-Jae in season 2 of the hit medical drama Dr. Romantic.

Park Min-young rose to prominence in the unique historical coming-of-age drama Sungkyunkwan Scandal. Then, she gained success in her subsequent roles in the television series City Hunter, Glory Jane, Dr. Jin, What’s Wrong with Secretary Kim, and Her Private Life.

In 2020, she starred in the JTBC romance drama When the Weather Is Fine as the female lead opposite Seo Kang-Joon.

Han Hyo-Joo is a famous South Korean film and television actress. She has also done some modeling assignments for prominent designers and has released her own music album too.

She is well-known thanks to her leading roles in the TV drama series: Spring Waltz, Brilliant Legacy, Dong Yi, W, and the most recent one–Happiness.

At number 15 on our list of highest-paid Korean actresses, we have Koo Hye-sun. She is also a singer-songwriter and artist. Recently, she has also ventured into making her own film as a director.

She gained popularity with her role in the hit 2009 series Boys Over Flowers. She has also starred in television dramas like Take Care of Us, Captain, Angel Eyes, and Blood.

So, that’s it for today’s list of 15 highest-paid Korean actresses! Did you find all your favorite K-drama divas here or were you wishing for some other name to pop up on this list?

Let us know your thoughts on this list by commenting on our article. Don’t forget to share this with your friends too. Thanks for reading this and have a great day!