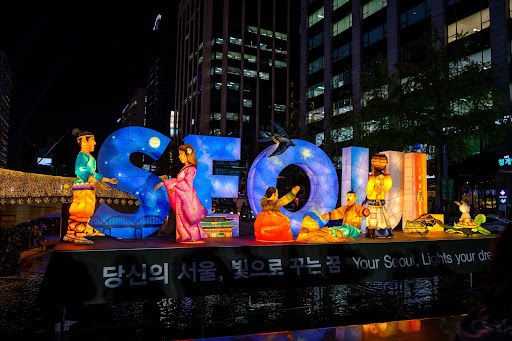 If you are someone who enjoys K-dramas more than any other form of entertainment, then you have to check out our list of the top 20 Best Korean Dramas to Watch. So, without further ado, let’s jump right in!

Are you someone who can spend the entire weekend bingeing on Gossip Girl? Then this is going to be your next great watch because Inheritors has got all the elements of Gossip Girl and more.

The series starts with some filthy rich and privileged students entering their elite school.  The institute is full of young adults from ultra-rich families.

This 2013 production follows the protagonists as they steer the responsibilities that come with eventually taking over their family businesses, keep up their romantic ventures that sometimes cross social castes, as well as put up with a love triangle.

This will definitely turn out to be one of your favorite plots in a K-drama series because who doesn’t like young love, right?

If you haven’t watched Boys Over Flowers–you haven’t lived! How many of you think–it’s F4’s world and we’re all just here for him? Sure, the first episode of the drama series was released about a decade ago.

But the series is still very relevant to our lives. The story follows a group of wealthy boys who end up taking interest in a new scholarship student who enters their world. This show is an abject guilty pleasure, for sure!

This show will make you nostalgic for the retro feels of the ’80s. Reply 1988 is the third installment in the Reply series.

An absolute fan favorite, this production has earned the title of the second-highest viewership in Korean cable TV at the time of its release. You can stream this show on Netflix to watch this family drama.

This K-drama qualifies for a lighthearted rom-com that you can watch after a long and tiring day at work. The story of Oh My Ghost is about a sous chef who gets possessed by a ghost.

The twist–the ghost has had a lackluster romantic life and is determined to make up for it by pursuing as many men as possible–including the chief chef and a culinary star at the sous chef’s workplace.

This show narrates the story of the lives of a group of colleagues in their 20s who work at the same multi-national company.

Misaeng is a popular TV series that became an “instant hit” and garnered an “explosive response” when it came out, as told by Choson Ilbo, one of Korea’s most famous newspapers.

This sci-fi series is for all the tech fans out there who want to delve into the world of K-dramas! This story is about augmented reality (AR) video game developer Jung Se-Joo.

He builds an addictive metaverse game where the players can put on their special high-tech glasses to look for weapons and fight wars in the real world. But then Jung spots a dangerous bug in the game and sets up a mission to fix it.

The New York Times called Stranger one of the best TV shows of 2017–for good reason! It stars Bae Doona, one of Korea’s most prominent actresses as its lead. She plays the role of a passionate and driven detective. Stranger found widespread critical acclaim.

The streaming giant Netflix purchased the airing rights for this cable TV show for $200,000 per episode. According to the reports, this show is on its way for a second season this year.

Some might call this 2017 K-drama series a funny and romantic affair but others would say it’s somber and bittersweet.

The story follows the lives of two thirty-something roommates who buy a house together and enter into a marriage of convenience to make their families happy. The beautiful portrayal of their lives is what makes this series so special.

This fast-paced psych drama is a Korean TV jewel, for sure. Some people watch this series for the thrill of it and some watch it for the roiling romance in the story.

Either way, it tells us about a hardworking but financially weak college junior, Hong Seol. He has a sudden encounter with a wealthy and seemingly nice senior Yoo Jung. But Jung has a secret, dark side. What follows is an amazing story and thus, you have to watch it!

The title of this 2018 production might make you think it’s all sunshine and bright smiles, right? Well, contrary to its name, this Netflix original series narrates the tale of Korea’s time under the Joseon Dynasty.

If you like period dramas and historical fans, you will enjoy delving into this suspenseful, somber yet enjoyable story of a bunch of activists fighting for Korea’s independence.

Netflix first ventured into the field of producing K-dramas with the 2019 hit show Kingdom. The series opened to generally positive reviews. Kingdom won’t conform to the mold of any single genre.

Boasting an elite cast of Korean A-listers, this series also has some brilliant visual effects that have shot it to the top of all viewership charts in the country.

Romance Is A Bonus Book is a 2019 series that takes after the U.S. smash hit Younger. This K-drama story follows a young and highly accomplished top editor at a publishing company.

He finds his course of life entangled with a former employee at his firm who desperately needs a job. And then our two protagonists start falling in love. If you watch this rom-com, you’ll surely walk away with a warm smile on your face!

This hit Korean drama series has Gong Hyo Jim as its lead. Hyo Jin has been widely acclaimed by the Korean media as the queen of all romantic comedies–so you can bet on it that it’s a good show.

The backdrop of this series is an incredible love story that will get you hooked right from the start! So what are you waiting for? Stream this 2019 series right now!

This series will get you addicted if you like political dramas like The West Wing or House of Cards. Just like the Netflix show House of Cards, this show has an ambitious political staffer as the protagonist who hatches some plans behind the scenes to climb up the socio-political ladder.

Chief of Staff will have you on the edge of your seat with trepidation while you will guess the lead actor’s next move.

Vagabond is a great series that you must watch if you’re into K-dramas. If you start watching this series, we need to warn you–because you won’t be able to turn off your laptop before you’re through with all its episodes! You might think we are stretching it but that is how fast-paced and exhilarating Vagabond is.

The leading actor Lee Seung-gi plays the role of a stuntman who finds himself embroiled in a dangerous web of corruption and terror as he tries to unearth the reason behind the plane crash that killed his nephew.

If you haven’t watched Crash Landing On You, then you must’ve been living under a rock! Sure, this is a relatively newer K-drama series but it has already made its name in history as one of the most-watched K-dramas of all time.

In fact, it might excite you to know that Crash Landing On actually features actors from the Academy Award-winning Korean movie Parasite.

This K-drama series is simply so good! Fans of Louisa May Alcott’s Little Women would enjoy it a lot. Set in the era of the Joneon Dynasty rule,26-year-old Goo Hae-Kyung is single and picks some battles in order to get recognition as a historian.

The role of the superbly handsome Prince Yi Rim, who secretly pens romance novels under a pseudonym–is very interesting.

Squid Game is unarguable Netflix’s greatest show of 2021 and it has already been renewed for another season. Fans were baffled at the theme of the series and if you still haven’t watched it, well, please watch it NOW.

Squid Game tells the story of a poor man who ends up as a player in a set of dangerous and lethal child’s games. Sounds crazy?

Well, you need to see Squid Game to see how children’s games could make up the backbone of a great show that has already gained a bajillion views because of its brilliance!

This is a fairy tale. But if that seems off-putting to you, we are telling you to please delve right into the show. The kind and empathetic health care worker crosses paths with a children’s book author. The show has a slow-burn romance undertone that has made NYT call it one of “The Best International Shows of 2020.”

The 2020 K-drama opened to widespread success with it reaching the 3rd position on Netflix’s Top 10 list just days after it was released on the site. This series is a must-watch for all drama lovers. So, don’t wait any longer and stream Sweet Home 2020 right away!