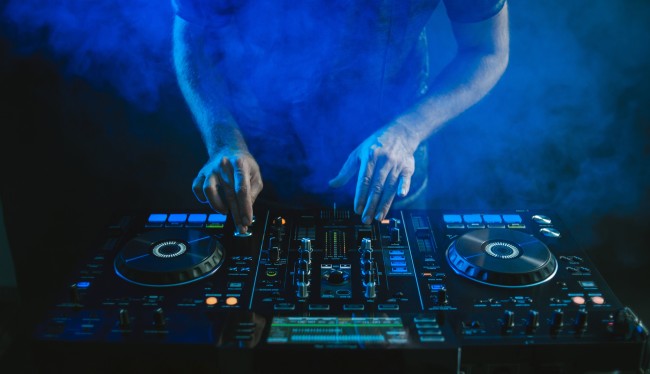 Music is said to have healing powers, thus it has been addictive to people for a long time. Getting out on a Friday night after the week’s workload is as alluring as a relaxing jacuzzi.

There are people who engineer and make the best mixes for those looking to set their footloose are the DJs. They give their best to get you grooving to the beats.

In this article we will discuss the top 10 best and most popular DJs in the world.

Best DJs in the World

David Guetta, a France-based DJ is also a music producer, a sound engineer, a composer, and a singer. He has released some tracks of his own.

He bagged the first position as the most famous DJ . He has published numerous albums and singles. His solos have sold a million of copies worldwide.

Garrix who was known for his own productions and later the elephant in the room at Sunburn was awarded a sound producer degree by Utrecht University.

He is well known for EDM tracks that he has mixed and produced. He has a huge fan base both on social media as well as in concerts.

Tiesto has been creating some nerve-wracking trances for ages. He is one of the oldest DJs we have known. A perfect mix of trance beats and recently also electro beats.

He was one of the indispensable DJs in every hip concert where we needed to crash starting from Ibiza to Sunburn and a lot more. He also has some solos which have sold quite a huge number of copies.

Armin born in South Holland has been a working DJ since 14 years old .he permanently took up this as his career choice when he earned huge fame as a DJ. His trance music tracks are very popular with even having a radio slot dedicated completely to this.

Joel Zimmerman another masked DJ whose forte is progressive house music has been one of the highest-paid DJs yet.

He has been nominated for the Grammy multiple times for his music.

DJ Hardwell is famous for his music mixing and record production. He has been topping charts as one of the most wanted DJs for a long time now.

After the introduction of his solo recording company, he has produced numerous albums and tracks which have gained him a potential fan following.

Thomas Wesley Pentz famously goes by the stage name Diplo who jointly performed with MIA. He has also produced music with artists like DJ Snake, Skrillex, and Major Lazer. He has been known in EDM and electro house music sects.

Skrillex is famous for his EDM, techno beats, and whatnot. Now as a lead vocalist since 2004 he has gained huge fame and has also gained a position in the Grammy nominations.

He has been gradually expanding his field as a DJ and exploring himself as a musician.

He was the connoisseur of EDM and electro music. He has been collaborating with a lot of famous artists and has earned himself quite a  great position .

He took the internet by storm as a masked performer. His profession as a DJ came later into the picture after he released a music video with his much-hyped white mask face. He earned a place in the billboards.

Above mentioned are the most popular DJs in the world. Let us know your favourite DJ in the comment section. Also, please share this article with your friends and family.