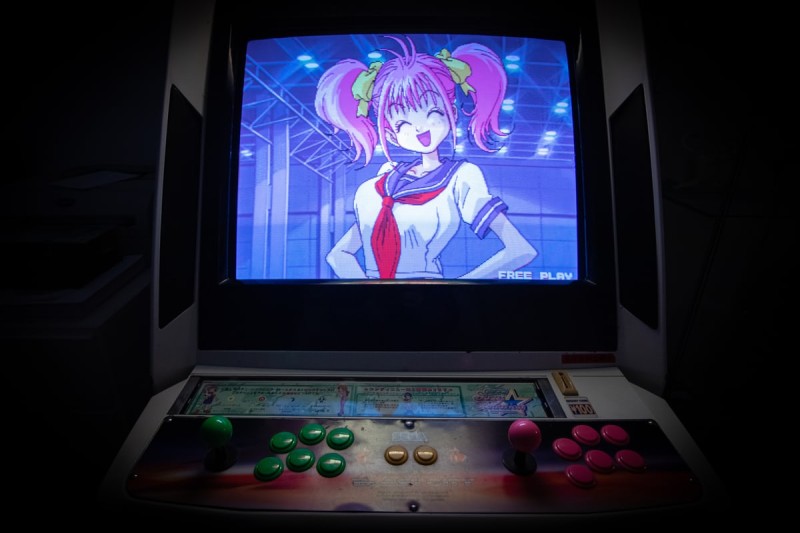 We are all familiar with the Animeverse–one of the biggest animated show industries in the world. With amazing backstories, great characters, flawless writings, and amazing illustrations, Anime is something we all love! And today, we have compiled a list of the top 25 most popular Anime of all time.

Most Popular Anime of All Time

If you’re a die-hard Anime fan like us, you’d probably remember Sailor Moon as the first show that introduced you to the entire Animeverse. This Anime series has amazing animation, amped up with a great backstory! It deals with friendship, love, and has a mythological angle to it as well.

If you like some light-hearted shows about life and friendship, then this high school drama is perfect for you! Chiyo Sakura, a high-school student, has a crush on an older guy in her class, Umetaro Nozaki.

She musters up enough courage to confess her feelings, but he misunderstands her affections and thinks she’s applying to work with him as an assistant. And then, the story begins!

Dragon Ball Z is no less than an absolute classic in the Animeverse. If you are an Anime fan and you haven’t watched this show, you should watch it right away! The story revolves around a Martial artist called Goku who is gifted with superhuman strength.

He and his friends take on increasingly powerful foes to save the world. The character-building in this series is one of the best among all Anime shows we have watched till now.

Showa Genroku Rakugo Shinjū got a place on this list despite being rather new compared to the other releases we have named here. This series hit the screens in winter 2016, but ever since then, it has built up a huge fanbase for itself.

The unconventional story behind this Anime is what has made it so popular. An ex-convict asks a Rakugo master to let him train under him as an apprentice.

You might find Ranma 1/2 to be a bit backward on the animation part, but is that really all that we watch an Anime show for? It stands out due to its light-hearted tale of love and laughter! If you want a hilarious show to pass some time, this is the show you should turn to.

Few anime are better at slapstick comedy than this classic and that is mostly because its premise and characters are so utterly hilarious!

We are so used to seeing Kill la Kill clips on social media because everyone likes to quote the characters of this show! This show has tons of hilarity, eccentricity, light-heartedness, and every other cheerful adjective that you can think of!

If you are feeling down after a long and exhausting day, Kill la Kill is what you should put up on your screen, get a cup of coffee and settle in for the night!

Think “weirdly amazing Anime stories that make you go OMG!” and Jojo’s Bizarre Adventure is what will come to your mind! This Shounen Anime is actually a family story.

The show opens to how the different family members of the Joestar family go on about their lives. It was a Manga at first, but later it was adapted as an Anime in 2012.

My Hero Academia offers a unique take on the “Superhero” genre that we are sure you’ve never thought of before! How about we tell you there can be superheroes who have no superpowers? Sounds insane?

Well, tune into My Hero Academia to check out Izuku Midoriya’s story about how he lives without powers in the world of the superhero.

This show might have only 10 episodes on Netflix, but it has moved millions because of the moving backdrop. This show comes with a statutory warning as it depicts some explicit references to sex, violence, and profanity. Tune in to this show for an experience of a lifetime!

Who doesn’t know (and love!) Naruto? The Naruto show has been running forever and we are not complaining about it! It is often said that the Naruto series is one of the “big three” anime.

It has wild popularity all around the world, and it has every reason for that fame. Think action, friendship, relationships, and every other nuance of life and you will love this show if you haven’t watched it yet!

This classic, just like Devilman Crybaby, has only a few episodes–16, to be exact. What Baccano doesn’t have in the number of episodes, it makes up for by its intriguing story and fast-paced, thrilling backdrop.

We read somewhere that “Baccano unfolds like a puzzle” and we could not agree more! Try out this show if you are into thrillers and adventure stories.

We can never have enough high school Anime shows, right? The characters of this Anime classic are amazing and it tells the story of Haruhi Fujioka. She chanced upon her school’s popular Host Club, where male students entertain female ones for money! Sounds intriguing? Try out this show right now!

12. Code Geass: Lelouch of the Rebellion

This show, premiered in 2006, has endured the test of time and has remained much-loved by its fans to this day.

The everlasting popularity of Code Geass is due to two things–a captivating backdrop, complete with meticulous construction of the world, and a story that comes through to the viewers amidst mind-boggling twists and turns.

Samurai Champloo is to Cowboy Bebop what Better Call Saul is to the legendary show Breaking Bad. Cowboy Bebop was a groundbreaking superhit in the world of Anime and Shinichiro Watanabe followed it up with Samurai Champloo–a true-blue Samurai story that has won the hearts of many.

It is difficult to live up to the expectations of Cowboy Beebop, but this show has succeeded at that enormously!

FLCL (you can call it Fooly Cooly) is pretty short, even by normal Anime standards. But as they say–brevity is the soul of wit! If you are into comedy and sci-fi and are looking for a light-hearted show to watch, this is what you should pick up.

FLCL is about as insane and bizarre as Anime can get! Tune in to this show for an unforgettable Anime experience.

This show is a personal favourite of ours because of its unconventional story. The series introduces us to the protagonist–Yusuke Urameshi, a 14-year-old teenage delinquent who likes breaking the rules all the time.

Sadly, he dies saving a child during a fatal road accident. He finds out he is not accepted in heaven or hell but is given a second chance at life to make everything right. This series stands at the same level as Dragon Ball Z as one of the most popular action anime of the ’90s.

This is another legendary Anime series that undoubtedly deserved a spot on this list. Even though it has been 20 years since its release, Neon Genesis Evangelion has stayed in our minds for its dubious ending.

The tale behind the creation of Hideaki Anno’s groundbreaking anime has become as much a part of every Anime lover’s discussions as the anime itself!

Its final couple of episodes have stirred huge debates in Anime fans. If you want to know what the debate was about, check out the Anime right away!

Hunter x Hunter (you can also call it “Hunter Hunter”) starts out with a pretty common backstory: The protagonist, in this story, a young boy named Gon, leaves his small town for the first time on his own for an adventure.

He wished to find his long-forgotten father who had abandoned him at birth. If you are into drama and excitement, this series is definitely something that will interest you.

If you loved One-Punch Man, then this series is just for you. Created by the run-Anime specialist One, who also made One-Punch Man, is a shonen-style parody. Mob is a young boy and the story of this Anime revolves around him.

There’s a supernatural power, action, humor, and an amazing cast. So, you have to check out Mob Psycho 100 if you haven’t already!

You might recognize this legendary Anime show by its other name which is very famous among Americans– “Fighting Spirit”. Just as the name suggests, this series is all about thrilling stories, amazing character building, and some top-of-the-line illustrations!

Hajime no Ippo has done huge justice to the long-running Manga series that it has been adapted from. If you are thinking about watching this series, let us tell you–if you are someone who loves Rocky and the Karate Kid, you must turn to this series right away and binge all the episodes!

Speaking of long-running shows, how can we ever not mention One Piece? This amazing show by Eiichiro Oda has been going on ever since it hit the screens way back in 1999! It has given birth to amazing spin-offs that have become famous in their own right.

The funny and related characters, the hilarious dialogues, and the great illustrations are what have made One Piece such a huge international success.

If you are someone who values a good story or a good script behind everything they watch, then Monster is what should be on your watchlist this weekend! We have taken the unanimous opinion of many people–Monster remains one of the best stories in the Anime Verse ever.

Sounds like reason enough for tuning to this show tonight? Well, let us excite you even further because Monster is a fast-paced thriller that will pull you in with its amazing twists and give you one of the best viewership experiences of your life!

When we talk about legendary Animes, it would be a crime not to mention Cowboy Bebop–essentially one of the very first Animes that successfully took this Animeverse to achieve international recognition because of its amazing story, great characters, and unconventional illustrations!

If you haven’t watched Cowboy Bebop, you must give it a try right now because you have no idea what you have been missing out on!

And the much-coveted first spot on our list of the greatest Anime of all time goes to–cue the drum rolls–Fullmetal Alchemist.

You did see this one coming, right? When we think of amazing Anime series, only a few would argue that Fullmetal does not deserve the spot for the best Anime in the lot!

If you like world-building, great character backstories, broiling fights, and overall nice stories, then watch Fullmetal right away!

So, this was our list of the top 25 Anime of all time! We sincerely hope you liked our list. Many of the names on this list might be known to you while some would be new. You should definitely try watching them all because we assure you we have handpicked only the best for you!