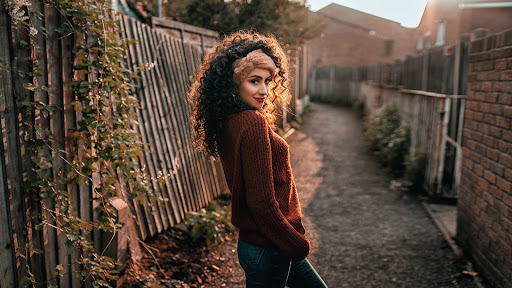 Mexico, for sure, is the land of ethereal beauties. The Latina culture is known to many as an exotic and cheerful culture. Today, we have hand-picked all the amazing Latina divas who work or have worked in the Mexican telenovela industry.

Do you want to find out if this list contains the name of your favourite Mexican actress? Then, let’s jump right in to find out!

Hot and Most Beautiful Mexican Actresses

Regarded as one of the most beautiful Latinas of all time, Ariadne had her big break when she made it to the television screens on her debut show on RBD: La Familia.

She first appeared in the episode El Que Quiera Azul Celeste. Her claim to fame is the role of a protagonist in La Doble Vida de Estela Carillo, a series that is based on true experiences.

This multi-talented woman is a successful actress, singer, and model, as well. She has a long heritage of acting in her family as she is the niece of famous Mexican actress Thalia (who also features on our list).

Camila stepped into showbiz as a model but after gaining widespread success in that field, she turned to act. She also hosts a popular music video show on the Mexican TV network TeheHit. She has starred in successful movies like Camino A Marte and How To Break Up With Your Douchebag.

Ana de la Reguera is charming, beautiful, and talented–all in one! She has blurred the lines between her Latina roots and her American acting career. She has appeared in the hit HBO television series Eastbound & Down, and done movies like Army of the Dead, and Army of the Thieves.

As the face of CoverGirl, she has done many campaigns with them and you might be familiar with seeing Ana’s face on billboards in Times Square!

Aislinn is as beautiful and talented as you can imagine her to be! She was only 15 when she started her career as a model in the Mexican world of glitz and glamour. She has appeared on the covers of many magazines to date.

She has a degree in Performing and Visual Arts as she had attended the School of Visual Arts, New York. She has also acted in the play Happy Hour.

Assad is absolutely stunning and has appeared in many Mexican films to date. Aside from being a popular actress, she is also a successful, published author. She is famous for her role in Surprise (2016), Insolacion (2020), and Margaret (2017).

She is versatile and talented. She has done justice to all the characters she had to play in her movies, and hence, she is thought to be an amazing actress of her generation.

Fernanda Romero was a famous singer much before she became a successful actress. She began her music career after joining BMG’s recording ensemble group, Frizzby. The band toured several states of Central America to promote their singles.

You might know about Frizzby for their performance for Pope John Paul II at the famous Estadio Azteca in Mexico City. At eighteen, Romero began signing deals for appearing in many ads such as Clean & Clear, Pepsi, Apple, etc.

She made some magazine appearances too. Her acting career started when she hosted the Univision television show Control. Her first film was Creature of Darkness.

Angelique Boyer is a French-born Mexican diva. An astute actress, model, and singer, Boyer has been in showbiz for a long time. She began her career playing substitute roles in the telenovelas Rebelde, Muchachitas como tú, and Corazón Salvaje.

In 2010, she signed a deal for her first protagonist role in Teresa, a remake of the 1959 telenovela of the same name.

In that movie, she portrayed Teresa Chávez Aguirre, a young woman who used her charisma to escape from her impoverished life in a poor Mexico City neighborhood.

Her acting garnered widespread critical acclaim from critics and audiences alike. In 2011, she received the Premios TVy Novelas “Best Actress of the Year” award for her work in Teresa.

Aracely is a Latina actress, model, and singer. She began her acting career with small stakes in the telenovelas Prisionera de Amor (1994), Acapulco, etc.

When she was a third year student at the Centro de Educación Artística of Televisa, she signed up for a role in the telenovela Cañaveral de pasiones. She has had a vibrant music career too! In 2001, she took part in the Abrazame Muy Fuerte movie soundtrack.

She is an internationally renowned Mexican actress and singer/songwriter. She shot to fame as a member of the Latin Grammy-nominated pop group RBD. Perroni also tried out switching her path to acting in movies like Rebelde, a remake of the acclaimed Argentinian novela Rebelde Way.

She played the role of Guadalupe “Lupita” Fernández, a teenage girl from a destitute family,  who makes it to the fictitious Elite Way School on a scholarship. Rebelde aired on TV from 2004 to 2006, filming 440 episodes.

Ana Brenda Contreras is a superbly talented Latina actress and singer. She played a pivotal role in the film “Divina Confusion,” directed by Salvador Garcini. She also starred as the protagonist “Violeta Madrigal” in the telenovela Juro Que Te Amo. In 2009, she signed up for her role of the antagonist in the telenovela Sortilegio.

She is a Mexican actress and singer. At only 14 years of age, Sandra set out to accomplish great things. She became a member of the group “Perfiles” which later became “Crush”. In 2011 Sandra went solo with her first album titled Sandra Echeverria.

She is a Latina actress, singer-songwriter, and prolific comedian. She has a huge fanbase who call her “The Versatile One”. Acting and comedy run in her blood as she is the daughter of Angélica María (Mexico’s Sweetheart) and comedian Raúl Vale.

The veteran actress has been working in Latina showbiz for almost 30 years. Her big break was in 2006 when she became the protagonist of La Fea Más Bella (The Prettiest Ugly Girl), a Mexican telenovela. The production also featured her real-life mother.

Although Barbara Mori was born in Uruguay, the gorgeous stunner moved to Mexico a few years later and also wanted to make it big in the entertainment industry. Perhaps, for this reason, she started early at the age of 14 as a fashion model in the early 1990s. She later switched careers to try out acting. She signed up for smash-hit TV production Mirada De Mujer.

If you haven’t seen Salma Hayek’s amazing acting and beautiful features, you’re definitely missing out on something big here! Her most recent successes include the Ryan Reynolds-starrer The Hitman’s Bodyguard and The Hitman’s Wife’s Bodyguard.

She has also tried her hand in producing and directing films. She started her career in her own country, Mexico, playing some role in the telenovela Teresa and went on to star in the film El Callejón de Los Milagros (Miracle Alley).

The actress was nominated for the Ariel Award for her performance in the latter. Her breakthrough role, undoubtedly, was in the 2002 film Frida as Frida Kahlo.

For this movie, she was nominated in the category of Best Actress for an Academy Award, BAFTA Award, Screen Actors Guild Award, and Golden Globe Award. Her acting skills received widespread attention for her role in Frieda.

One of the most highly-regarded Latina actresses of all time, Thalia is known to all as an ethereal beauty and a really talented actress. But not just this, she has also been a songwriter and an entrepreneur. And of course, she is also a published author! She is called the “Queen of Telenovelas” by her countless Mexican fans.