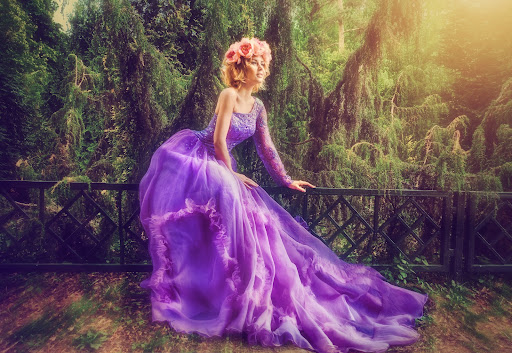 Everyone around us is always so intrigued about the royal way of life! Their resplendent fashion choices, lavish lifestyle, formidable power over state politics–has the media swarming around them every time they go out.

Common people always fantasize about what it’s like to be a part of the royal family, and thus, they wish to know the existing members of powerful royal families that have ruled over many parts of the world since time immemorial.

Keeping this in mind, today, we have created a list of the most beautiful royal princesses from every corner of this world. Let’s dive right in to read all about them!

Most Beautiful Princess In The World

This charming lady was third in line to the succession of the Swedish throne at the time of her birth. An excellent equestrian and fashionista, this royal beauty owns several horses of her own.

She was named one of the “20 Attractive Young Royals” by Forbes magazine in 2008. She is the second daughter and youngest child of King Carl XVI Gustaf and Queen Silvia of Sweden.

Princess Tatiana is truly the epitome of international upbringing! She took birth in Venezuela but soon moved to Switzerland where she spent quite a few years of her childhood. She has Russian-Jewish roots.

Her sharp features and striking beauty are the reason why she is often compared to supermodel Giselle Bündchen in the looks department! She graduated from Georgetown University with a degree in sociology and joined the royal family after her marriage to Prince Nikolaos of Greece and Denmark.

Princess Letizia of Asturias is one of the most exquisite-looking women on this list. The Spanish princess has a claim on the throne because of her marriage to King Felipe VI.

In her earlier life, she used to be a journalist and a news anchor, so she can handle the media’s attention with primed poise and grace. She made headlines for her sensational news reporting from the depths of the 9/11 terrorist attacks, the Iraqi war, etc.

A well-known former Olympic swimmer, Princess Charlene of Monaco was never brought up to be a monarch in her childhood. She was raised to be a swimmer as her parents recognized her talent for the sport at an early age.

But when she met Prince Albert II at the Mare Nostrum Swimming Competition in Monte Carlo, Monaco, she was impressed. They got married 11 years later at the Prince’s Palace.

The middle-eastern royalty live the most lavish lives among all existing royals in the world! A burning example of them is the Saudi Arabian princess Ameera Al Taweel–widely regarded as one of the most beautiful monarchs in the world.

Daughter of Sheikh Aidan bin Nayef Al Taweel, she has made a name for herself in the fashion industry due to her unique style sense. The Arabian beauty surely knows the art of wearing just the perfect suits and dresses to match the occasion of any gathering.

Monaco is the home of the rich, the gorgeous, and the powerful ones. Princess Charlotte Casiraghi of Monaco is utterly beautiful, talented, and pretty. She is eighth in line to the Monegasque throne. Born to Stefano Casiraghi and Caroline, Princess of Hanover, the elegant Princess is an icon in the fashion world because of her style.

She was appointed as the first official face of beauty cosmetics Gucci. She has also appeared on the front page of Vogue Paris in 2011.

Mary, Crown Princess of Denmark, has narrated the tale of her marriage to Prince Frederik many times! She hails from an extremely humble background. She was only enjoying a drink at an Australian pub when the Prince’s eyes caught hers. The rest, as they say, is history.

A forever beauty who only keeps getting prettier with her passing years, Princess Haya is one of the older women on this list. She has truly aged like a fine wine and is regarded as a gorgeous sports women because of her contribution to the world of equestrian sports.

She graduated from the prestigious Oxford University in the UK and is loving called by the people of her country as Her Royal Highness Princess Haya of Jordan. and yet she is beautiful and aging gracefully.

She is married to Sheikh Mohammed bin Rashid Al Maktoum, of Dubai and is the daughter of Lt. King Hussein I of Jordan.

The Albanian beauty–Elia, Crown Princess of Albania, has been in several lists of many magazines declaring her one of the most beautiful royal women in the world. She was married into royalty and before that, she was a commoner. She used to work in the entertainment industry before her engagement as an actress and singer-songwriter. She got married to Leka I, Crown Prince of Albania, in 2016 in a grand ceremony at the Royal Palace of Albania.

Princess Alexandra of Luxembourg deserves a prime spot in our list of the top 15 most beautiful princesses in the world because of her ethereal beauty and unique fashion sense. An elegant and royal lady to the core, she was born to Henri, Grand Duke of Luxembourg, and Maria Teresa, Grand Duchess of Luxembourg.

She went to the prestigious Franciscan University of Steubenville in the United States of America. The Luxembourgish Princess partakes in swimming, skiing, tennis, and dancing.

Forbes Magazine placed Princess Victoria of Sweden in the list of the “World’s Attractive Young Royals” in 2010. She is the Crown Princess of Sweden. Her marriage to Prince Daniel, Duke of Västergötland was cherished by her country’s people and they are regarded as one of the foremost royal couples in today’s world.

Marie-Chantal, Crown Princess of the island of Greece, has a very fairy-tale-like story for her entry into the Greek royal family. She was a commoner before meeting the charming Crown Prince Pavlos.

But once they met, sparks flew, and her marriage to the Greek monarch was decided pretty fast. Considered one of the most fashionable ladies in Greece, Marie-Chantal is also a humanitarian and uses her position in the royal family to advocate for several social issues that plague her country as well as the world.

The evermore beauty from Belgium, Princess Claire, was actually born in England. She moved to Belgium when she was only a toddler and had lived there permanently ever since.

Even though she has her royal duties, she never left her job as a land surveyor and believes in making her own money and earning her own bread, despite being a member of the royal family. A remarkably responsible humanitarian, the Princess has voiced her support for several environmental issues too.

When it comes to luxurious fashion and expensive lifestyles, the Asian princesses are in no way inferior to their Western counterparts. Princess Sirivannavari Nariratana, the only daughter of the King of Thailand, was sent to the UK for the better part of her childhood before she decided to return home to her father.

Upon her return, she was not granted the status of a member of the royal family until 2005. An amazing badminton player, the Princess went to represent her home country at the South East Asian Games in the same year and brought back a gold medal for her land.

Mette-Marit’s entry into the royal family of Norway has been much speculated upon by the media in her country as well as the world. A single mother who worked at coffee shops to run her family till 2000, Mette-Marit had quite the Cinderella moment when she met Prince Haakon Magnus.

The couple got engaged in 2000 amidst vehement disapproval from some of the Norwegian commoners. Nevertheless, the marriage took place and Mette-Marit is now regarded as one of the most beautiful royals in the world.

That is all for today’s list of the most beautiful princesses hailing from royal families all around the world. Did you find this list informative and interesting? Maybe you found members from your country’s monarchy in this compilation?

Let us know all about your thoughts on this in the comment section below. Do remember to share this article with your friends to spread the good word. Also, please check out other articles on our website for more scoop on interesting things happening around the world. Thanks for reading this and have a great day!