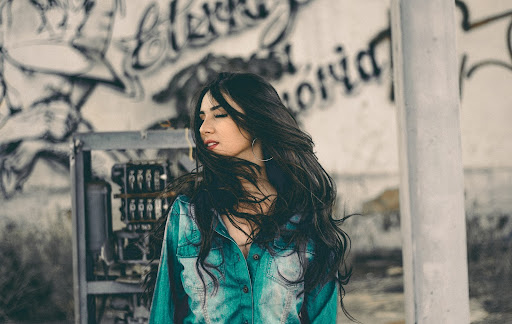 Turkish actresses are famous all around the world for their devastating beauty and perfect grace. The country has produced one Miss World and one Miss Universe and has won several accolades in other major pageant shows as well.

But not just beauty, Turkish women are very talented and outspoken too. Here are some of the Turkish actresses who have wowed millions of fans with their fascinating beauty and smile!

Berrak Tuzunatac was born on November 2, 1984 in Yalova, Turkey. She is a famous actress and model. Her works include movies like “Women Base”, “Envy”, “Way of the Dragon,” etc.

Saadet Isil Aksoy was born on August 29, 1983, in the capital city of Istanbul, Turkey. The brilliant actress has been featured in many Turkish TV series like “The Magnificent Century”. Her movies include “Eggs”, “Beautiful Life”, “Milk”, “Eastern Plays”, “Love in Other Languages.”

Ahu Türkpençe was born on 2 January 1977 in Istanbul, Turkey. She has starred in famous Turkish series like “The seven neighbours,” “Glory,” and movies like “Beached Sea,” “Club Losers”.

Sinem Kobal was born on August 14, 1987, in Istanbul, Turkey. She is a famous actress as well as a celebrated television personality in her country. She has starred in many advertising campaigns. Her movies are “School”, “Son of Man Who Saved the World”, “Stay on Your Feet”, etc.

Eda Ozerkan was born on March 11, 1984, in Istanbul, Turkey. She is an actress and a model. Her movies include “Leopards: Operation Cherry” and she has also starred in “The Edge of Love.”

Asli Tandogan was born on 2 April 1979 in Ankara, Turkey. The ethereal beauty has acted in series like “Love and Hate”, “Tiger”, “From the Lips to the Heart,” “Behzat,” etc. She has also starred in a film called “Honour”.

Mine Tugay was born on July 28, 1978, in Istanbul, Turkey. She appeared in many advertisements on Turkish television and she has also acted in the theater.

In 2006, she starred in the popular Turkish TV series “Gyulpare” and “What’s With My Father.” She won the Best Actress in a Short Film award at “Sinepark” for her performance in the film “Cat on the Road”.

Aslihan Gurbuz was born on February 16, 1983 in Chanakkala, Turkey. Her performance in the famous TV series like “I – cloud” was highly praised by critics.

Cagla Kubat was born on 16 November, 1979. She is an established actress, model, and windsurfer. She was the first runner-up at “Miss Turkey 2002” and represented Turkey at the “Miss Universe 2002”. She has starred in two successful television series by the names of “Blind Room” and “The North Wind”.

Ceren Hindistan is a famous Turkish actress and former model born on February 27, 1989, in Ankara, Turkey. The Turkish beauty was a finalist at “Miss Turkey 2007”. She has also acted in a few series like “Family Home”, “The Hidden Life”, etc.

Eda Ozerkan is internationally renowned for her beautiful grey eyes and long, flowy hair. She was born on March 11, 1984, in Istanbul, Turkey. She is a successful actress and a model. Some of her movies include “Leopards: Operation Cherry”, etc.

Ceyda Duvenci is a veteran Turkish actress who was born on April 16, 1977, in Istanbul, Turkey. She is an actress by profession and also competed at the Miss Turkey pageantry in 1997. She came third at that competition. Her famous works include “A Thousand and One Night”, “Craving”, etc.

Nur Aysan was born on 12 December 1980, Duisburg, Germany. But she is Turkish on her father’s side. A popular actress and presenter, Nur has gained huge acclaim for her role in the critically acclaimed series “The Edge of Love,” in which she played the role of Peyker.

Hulya is a famous actress born in 1963 in the Turkish capital of Istanbul. She is also a talented singer of Kurdish origin. In 1983, she made her debut as an actress in the film “Prohibition”.

Almost ten years later, she was awarded the “Best Actress” award at the Moscow Film Festival. The veteran actress has played several roles in over 70 movies.

Aydan Sener was born on March 1, 1963 in Killis, Gaziantep, Turkey. She started in the entertainment industry as a model. At age 18, she won the beauty contest “Miss Turkey” and represented her country at the “Miss World” pageantry in 1981.

She is best known for her role in the TV series “Wren – a Singing Bird”. Her other films include “Milky Way”, “Branded Rose”, etc.

Hazal Kaya was born on October 10, 1990, in Istanbul, Turkey. She is a prolific actress of our times. Her movies include “Behzat: Serial Crimes in Ankara”, “Forbidden Love”, etc

Sevtap Ozaltun is a very beautiful Turkish actress who took birth in Artvin on December 9, 1984. Her sharp features and graceful figure has received widespread love from the audience. Some of her works include “Dear Family,” “What Is the Fault, Fatmagyul.”

Hande Soral was born on February 2, 1987, in Istanbul, Turkey. She is a brilliant Turkish actress. Some of the TV Series  “Kucuk Kadinlar” (Little Women),”Bir Gunah Gibi” (A sin), etc.

Selen Soyder was born on December 26, 1986 in Izmir. She has created a name for herself in the country. She won the title of “Miss Turkey 2007”.

In 2006, she won the “Miss Model of Turkey,” with the title of “Best Model”. She also participated in “Miss Bikini Universe,” in China. She entered the top five in Miss Universe.

In 2001 she finished third in the Elite Model Look, two years later took part in the “Miss Turkey 2003”, which came second. Participating in fashion shows she pursued modeling since 2007. She has starred in various music albums too.

It won 29 international awards and was nominated for an Oscar in the category “Best Foreign Film”. She also starred in the TV series “The Magnificent Century”.

Melike Ipek Yalova was born in 1984 in Ankara, Turkey. She is a successful model and Turkish actress. She became internationally renowned for her role as Isabella in the series “The Magnificent Century”.

Songul was born on February 17, 1981, in Diyarbakir, Turkey. She is a successful Turkish actress. She has won many awards for her roles in various movies like “The Will”, “Silver”, “Give me the soul,” films “Bitter Love”, “72nd camera.”

Gülcan Aslan was born on May 1, 1986, in Istanbul, Turkey. The ever-so-talented Turkish actress had acted in several commercials and TV shows. Her debut role was in the series “In spite of all” (Herşeye Rağmen).

Fahriye Evcen was born on June 4, 1986, in Solingen, Germany. She is of Turkish-German descent. While she spent her childhood in Germany, she moved to Istanbul to stay with her mother at 19.

She received an offer to star in the series “Fakhro”. She is lovingly called the “Eastern Monica Bellucci” for her amazing looks. She has also starred in the psychological drama “Paradise,” where she played a mentally ill girl.

Tuba is a Turkish actress born on July 5, 1982, in Istanbul, Turkey. She has starred in many advertising commercials for mainly beauty and cosmetics companies.

Her role in the television series “Sultan Makamin” earned her country-wide fame and success. Her other series and films include “Asi”, “favourite”, “Ask your heart”, etc.

Hande Soral was born on February 2, 1987, in Istanbul, Turkey. She is a famous Turkish actress. Her acting credits include several TV Series like “Kucuk Kadinlar (Little Women), “Bir Gunah Gibi (A sin)”.

If you liked our list, do read the other articles on our website. Let us know in the comments if you want some other Turkish actress to be added to this list. Please share this article with friends and family to spread the good word! Thanks for reading this and have a great day.